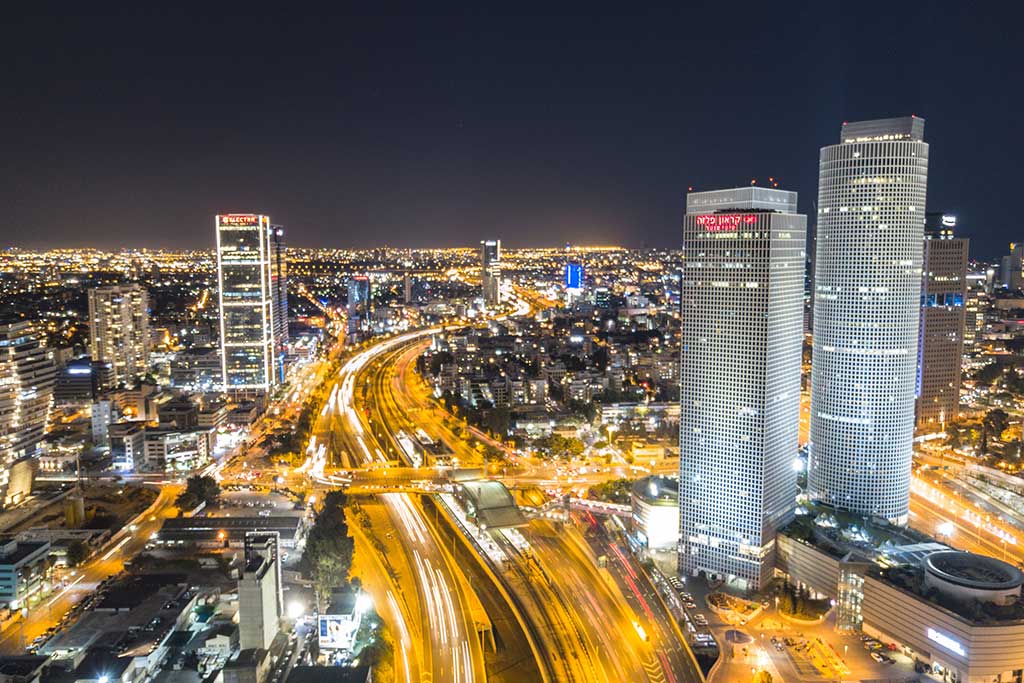 In 2019 we embarked on a learning journey to Tel Aviv because we are convinced that we have to experience new things in order to really understand them.
Why is Tel Aviv such a hot spot for start-ups? On our journey we found many reasons that make up this huge potential. But with which start-ups do we want to cooperate?

In 1991 the Soviet Union disintegrated, one million Soviet Jews moved to Israel, especially the “intelligentsia” and many of them were engineers and scientists. The existing companies could not hire so many people at once, so the government started an incubator program: It was supposed to help the newcomers set up their own businesses.

After landing, we were overwhelmed with the chaos, the noise, and the dirt. Nothing indicates a high-tech metropolis. Our taxi driver, who immigrated from Russia 18 years ago, tells us: “The raw material for Israel’s development towards a high-tech location was neither gas nor oil, but education. But there is no investment in the infrastructure, there is no public transport such as subway or tram.”
The Israeli high-tech miracle is also due to their mentality and cultural diversity. Regardless of whether we stroll in the old town or along Rothschild Allee, or go for a walk on a scooter ride along the promenade or on the beach, we meet open-minded people from all over the world with whom we can easily start conversation. Many young people sit in a bar or in a coffee shop with their laptops. We talk about the start-up scene in Tel Aviv until the early hours of the morning. There is no fear of failure among the Israelis. If you fail, you have had many experiences that are valuable for starting over. Of course, not every Israeli foundation is successful; almost every second company closes again after three and a half years on average. But trial and error are considered part of the game here.

Israelis just create a rough plan and then keep changing it, preferring to improvise. Israelis are noisy people, people are talking loudly into smartphones everywhere, listening to a webinar aloud, and discussing loudly. In a meeting in Austria, you listen and take notes. Israelis shout, argue and criticize. It’s exhausting, but that’s how good ideas come to the table.

In Israel, almost all young people, male or female, complete two to three years of military service. In addition, they learn a lot about management and are able to take responsibility for a team at a young age. In fact, many of the Israeli founders I know served in the so-called Intelligence Unit and mostly dealt with cyber security in some way.
Facts: Tel Aviv has made it far, if not all, in many start-up statistics: Tel Aviv has the largest risk capital per capita, the highest start-up density per inhabitant and offers the best ecosystem for start-ups outside the United States. Tel Aviv has developed into the new Silicon Valley at breakneck speed. Last year alone, Israel invested 5.2 billion dollars in start-ups – around 1,000 of the 3,400 start-ups are in Tel Aviv. The big hype such as cybersecurity, artificial intelligence, self-driving vehicles, robotics, drones, and biometric face recognition are being promoted. 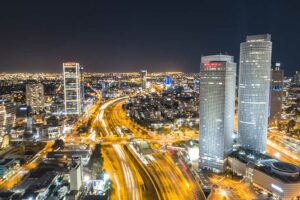 In 2019 we embarked on a learning journey to Tel Aviv because we are convinced that we have to experience new things in order to really understand them. Why is Tel Aviv such a hot 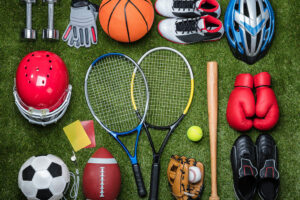 HOW TO ACHIEVE YOUR RESOLUTIONS

Being successful in achieving your resolutions is a challenge, this applies to management as it does in sports. Discipline plays an important role. At the beginning of this year, we talked to personal trainer Darius